Names and Pronouns in the Classroom, RBE 39 – TD Jacobs 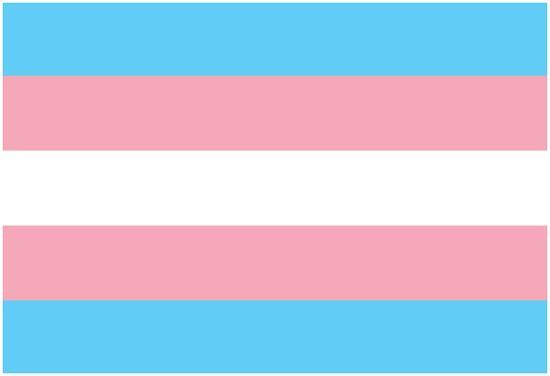 I haven’t blogged in a while, having been bogged down by teaching, administrative tasks, and the same general, COVID malaise that has befallen many of my colleagues. However, something has inspired me to once again set my fingers to the keyboard. At a recent meeting of our department’s diversity commission, I proposed encouraging instructors to put their pronouns in the signature line on their emails. Until a few weeks ago, I had not done this myself. I’m open about being transgender in my department – my signature line already included a link to my YouTube vlogs on the topic. But I did not want to include my pronouns in my signature until I saw more people – specifically, cis people – doing it. In contexts and situations in which only transgender and gender non-conforming individuals specify their pronouns, they are easily singled out, and can receive unwanted attention or discrimination as a result. This is also the case in academia, where microaggressions including misgendering and tokenization do occur, whether unintentionally as the result of cisnormativity or even intentionally as a result of transphobia (see Pitcher’s 2017 publication on the subject for a more complete discussion). Indeed, Gaskins and McClain have found that even the small act of visibly changing your name in your publication record can result in academic discrimination. As such, I was reluctant to list my pronouns and inadvertently encourage a practice that until quite recently marked out transgender people in particular.

This was also the first year in which I directly addressed the matter of names and pronouns with a class. In part, that was because this was the first year in which I had to produce a pandemic communications strategy, and a detailed, written syllabus. And in part, I assumed that students would contact me of their own accord if they wanted to specify their name or pronouns, which is what I had done with my promoter when I transitioned. None ever had, and I thought that I just hadn’t had any transgender students. That seemed reasonable considering the miniscule size of our population in general. But within a week of including a statement inviting people to provide their chosen name and pronouns if they so desired, a few students did contact me. As someone who transitioned over the course of their doctorate, and not their undergraduate studies, I had lost sight of the needs of younger transgender students. I had forgotten that there is a quite a difference in confidence between 41-year-old me and a typical, eighteen-year-old first-year bachelor student. Not to mention the difference in position: I am technically an employee, and have a union to back me up if necessary. This is obviously anecdotal, but it indicated to me that there is more that can be done to create welcoming spaces for people who need them.

And they are needed. Misgendering and mis-naming transgender individuals has a negative impact on their mental health. Among others, McLemore’s 2018 large scale minority stress perspective survey found that misgendering caused feelings of stigmatization and psychological distress among transgender people. And transgender youth are an especially vulnerable subset of our population. That’s based not just on my personal experience, but on the scientific research carried out on the subject. In 2016, Connolly et al. published a review of 15 qualitative studies conducted in the previous five years, and concluded that “transgender youth have higher rates of depression, suicidality and self-harm, and eating disorders when compared with their peers.”  Among others, Russell et al. have found that supported social transition with the use of an individual’s chosen name reduced depression, and suicidal ideation and behavior among this group. There are obvious benefits for students when teachers use their chosen name and correct pronouns.

That being said, there is one practice I have seen enacted elsewhere that should not become the norm: asking students to give their chosen name and pronouns in front of their classmates. While this may seem at first glance to be an act of inclusion, it can be experienced as threatening. Even if everyone in the class does it, transgender students are again being singled out by being placed in a situation in which they may feel pressured to out themselves in front of their peers. And when an individual comes out – and how – should always be at that person’s discretion, not in response to others’ demands. Prior to medically transitioning and gaining the ability to pass as cis, I was exceedingly uncomfortable at a few academic gatherings I attended where the practice was to ask everyone’s name and pronouns. I spent most of the time wondering if people were staring at me (possibly) and worrying about whether I’d be subjected to uninvited questions (definitely). Overall, it felt more like exploitative virtue signaling on the part of the organizer than an act of welcoming, and I soon stopped going. Students, however, cannot escape the classroom or their classmates so easily.

Their particular vulnerability in this regard is extremely important to keep mind given that hate crimes and political violence against the transgender community is on the rise, with – among other things – a rash of anti-trans legislation being proposed in the United States; a recent major UK court ruling denying access to appropriate medical care to transgender youth; and the head of a Belgian political party openly espousing transphobic bigotry. The annual International Transgender Day of Visibility on March 31 is supposed to help inspire and cement the kind of year-round cisgender allyship that can combat these attacks. In academia, this means creating genuinely welcoming spaces for transgender students (and staff) by enacting policies and practices with our input, and ensuring that (in)visibility is always a choice.

McLemore, Kevin A. “A minority stress perspective on transgender individuals’ experiences with misgendering.” Stigma and Health 3, no. 1 (2018): 53-64.

Pitcher, Erich N. “‘There’s stuff that comes with being an unexpected guest'”: experiences of trans* academics with microaggressions.” International Journal of Qualitative Studies in Education 30, no. 7 (2017): 688-703.

By earlymodhistorian in Uncategorized on March 18, 2021.
← Zoom and the 41st American Indian Workshop, RBE 38 – TD Jacobs